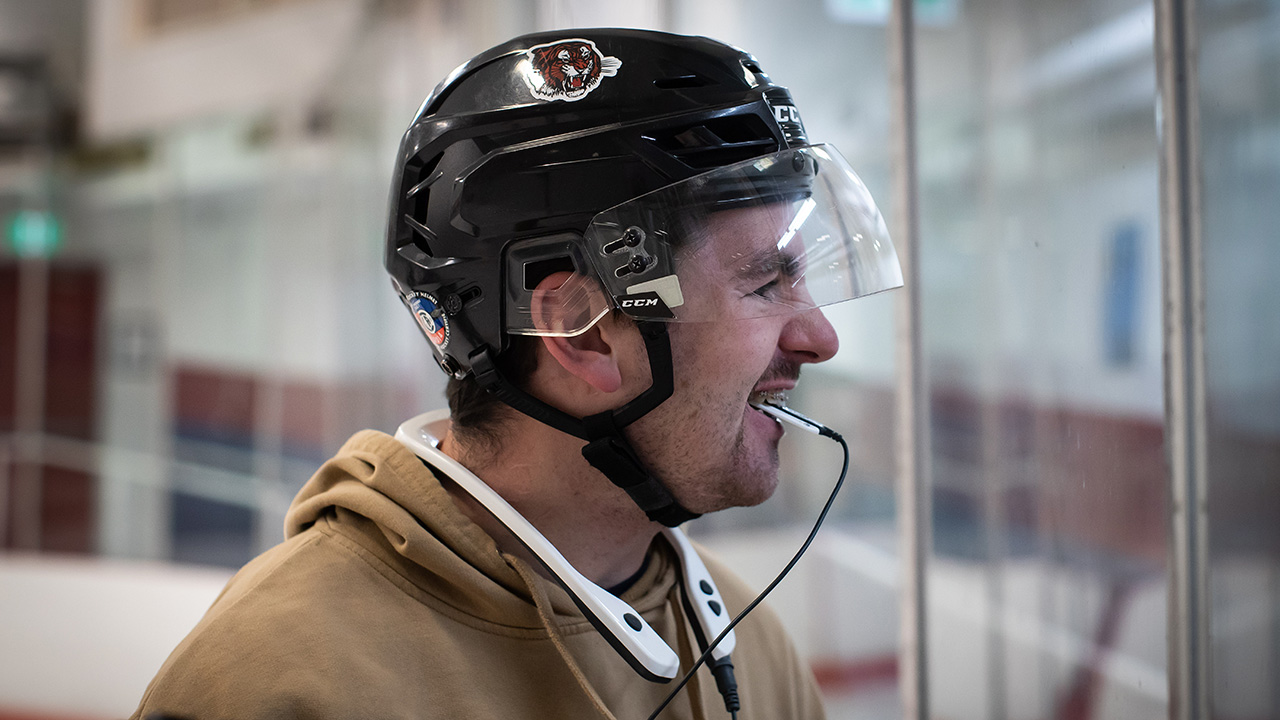 Surrey, BC – Lane Metechuk just wants to play hockey – and a unique piece of technology is helping him move towards that goal.

It has been more than three years since Matechuk, a former Humboldt Broncos defender, suffered a serious brain injury in a tragic bus crash that killed 16 members of his team. He and his family have spent countless hours trying to recover, but some parts of his former life remain out of reach.

They hope that an immersive neuro-rehabilitation program in Surrey, BC can help the 21-year-old return to the sport of his choice.

“Lane’s goal is to one day be able to play hockey or some kind of hockey,” said his father, Kevin Matechuk. “Some days we don’t think it will ever be possible and then you see him on the ice and you see his improvement and you think ‘yes, maybe one day he will be able to do what he loves the most.’ It’s really encouraging for us. “

Matechuk and his parents recently moved to BC from their home in Cologne, Saskatchewan, 70 kilometers east of Saskatoon, to work with doctors, kinesiologists and physiotherapists at the Surrey Neuroplasticity Clinic. For two and a half weeks, he participated in physical rehabilitation sessions both on and off the ice after a device called a portable neuromodulation stimulator or PoNS.

“We basically put a stimulus plate on your tongue and it actually stimulates your brain through a hidden pathway in your brain,” said Dr. Ryan D’Arsi, a neuroscientist at HealthTech Connex, who works with Metecoccus. “Your tongue has nerves that go to the center of your brain and it actually allows us to activate all kinds of neurocircuits, combining it with rehabilitation and regaining lost energy.”

The technology has been used to help restore the various functions of multiple sclerosis, the effects of stroke, Parkinson’s disease and post-traumatic stress disorder, D’ARC said.

“What’s great about it is it’s not a drug, it’s not a surgery,” he said. “It’s completely non-invasive and yet it reveals the possibility of your brain recovering itself when you combine it with a very focused and intensive rehabilitation program.”

Matechuk wore the PoNS device on Thursday while taking steady, deliberate action around the ice. A clunky but modern-looking headset-like piece was attached to a small, flat gadget in his mouth around his neck.

During practice, the former junior hockey player and his coach examined the grooves of his skates left in the ice, noting how the circles became tighter and shorter as the practice progressed.

“I feel like I’m going back to playing hockey like before,” he said with a smile that showed off his braces.

During his time at BC, Matechuk noticed improvements in his walking, skating, lecturing and interacting with other people, although his favorite part of the program was spending hours in the rink.

“It feels so good,” he said, noting that he played hockey from the age of three to the age of 18. “So I really like to go back on the ice.”

Matechuk’s parents noticed the change. Kevin Matechuk said his son’s lips were less noticeable when they came to BC, and on the ice, he was dragging his right foot less than before.

“It’s a small thing but a big thing,” Kevin said.

“She is OK. It took him a lot of strength to walk the way he did before. So it will take less energy to walk. “So the long-term effects should be huge.”

Matechuks is preparing to return to Saskatchewan, where Lane will continue to use PoNS devices as he completes a 12-week program created by his therapists. She will have regular check-ins to monitor her progress and provide inspiration before returning to BC for another private session.

“It would be really nice to come back and see where he started and where he is,” Kevin said.

The experience was already indescribable for the family, he added.

“Every parent wishes their child well,” he said. “And with Lane’s injury, it was heartbreaking to see him improve when we were told at some point he couldn’t do anything in his life and now we see him doing it.”