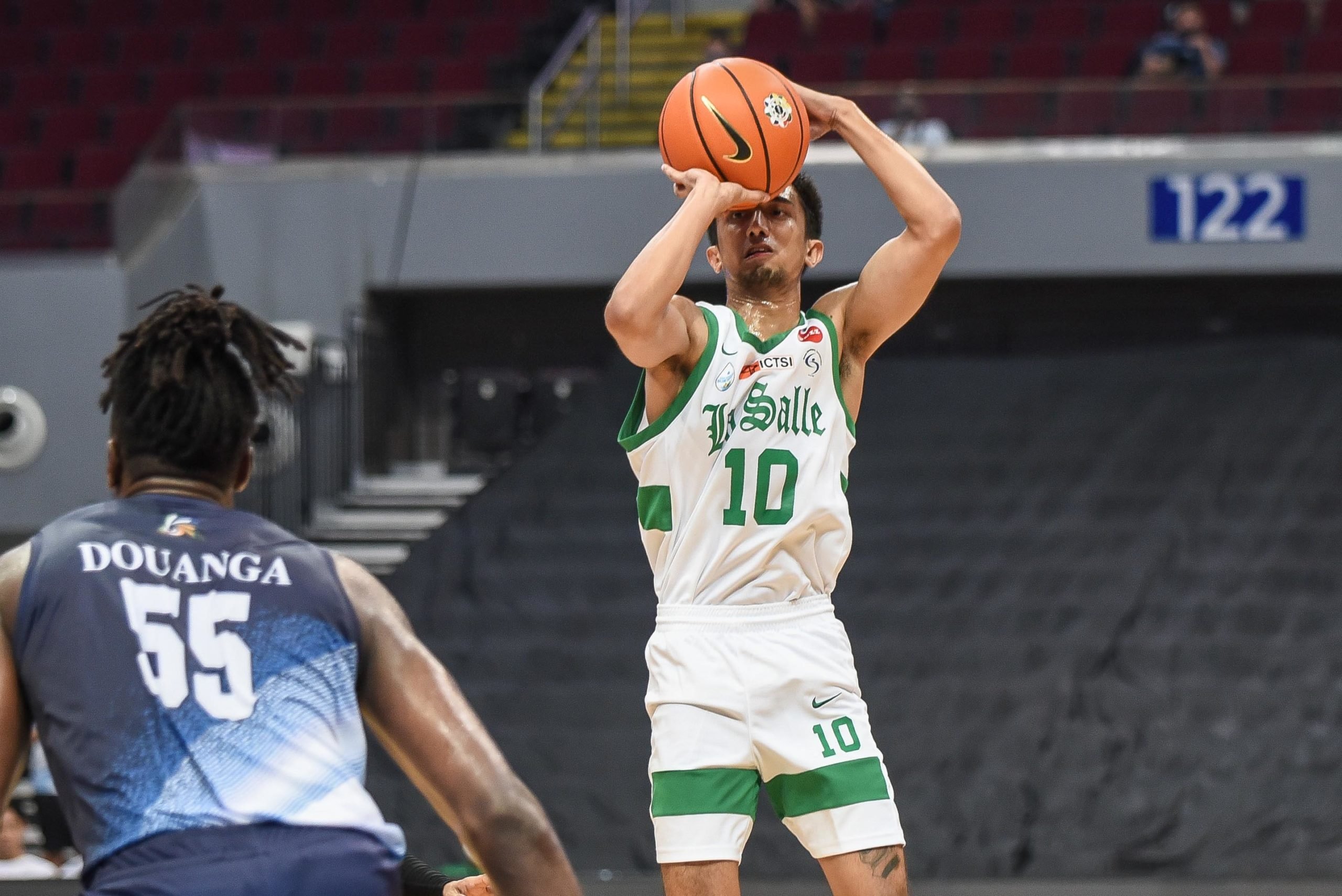 MANILA, Philippines – A poor Adamson team, 61-58, relied on timely play to survive in La Salle in the UAAP Season 84 men’s basketball tournament at the Mall of Asia Arena on Saturday.

Saturn Winston and Evan Nell came to the rescue late, the Green Archers delivered the much-needed baskets after going into a drought and being captured by a kite of 18-2 Falcons from Cedric Manzano, trailing 8-53-45.

Winston scored five points in a row to give La Salle a 56-55 lead, where Nelle tripped the clutch triple for 59-55 breaths with 16.3 seconds left.

Justin Baltazar also brought in a pair of important blocks for the Archers on the defensive end, including a denial of Keith Jaldivar’s potential game-tying 3-pointer, sealing La Salle’s fifth win in seven games for the final third pick. First round

Jaldivar had earlier hit a triple that cut La Salle’s lead to one, 59-58, with Joachim Manuel making a few freebies with 10.4 ticks left to make it 61-58.

“I think we lost focus when we got a 10-point lead (in the third quarter). We thought the game was over. We didn’t stop and we relaxed, “said La Salle coach Derrick Pumaren. “We fought back in defense, we stopped and that’s why we’re back in the game. Bucky, everyone, defensively it was a great team effort. It was the defense that won our game. It was a tough win for us. “

Manuel scored 10 of his season-high 14 in the third quarter, where he led La Salle 43-33 in the first five minutes of the period. He made 5-of-7 shots from the field and rebounded six.

Adamson absorbed another heartbreaker after a 65-66 defeat to the FEU, losing six of his seven games in the first round for seventh place.