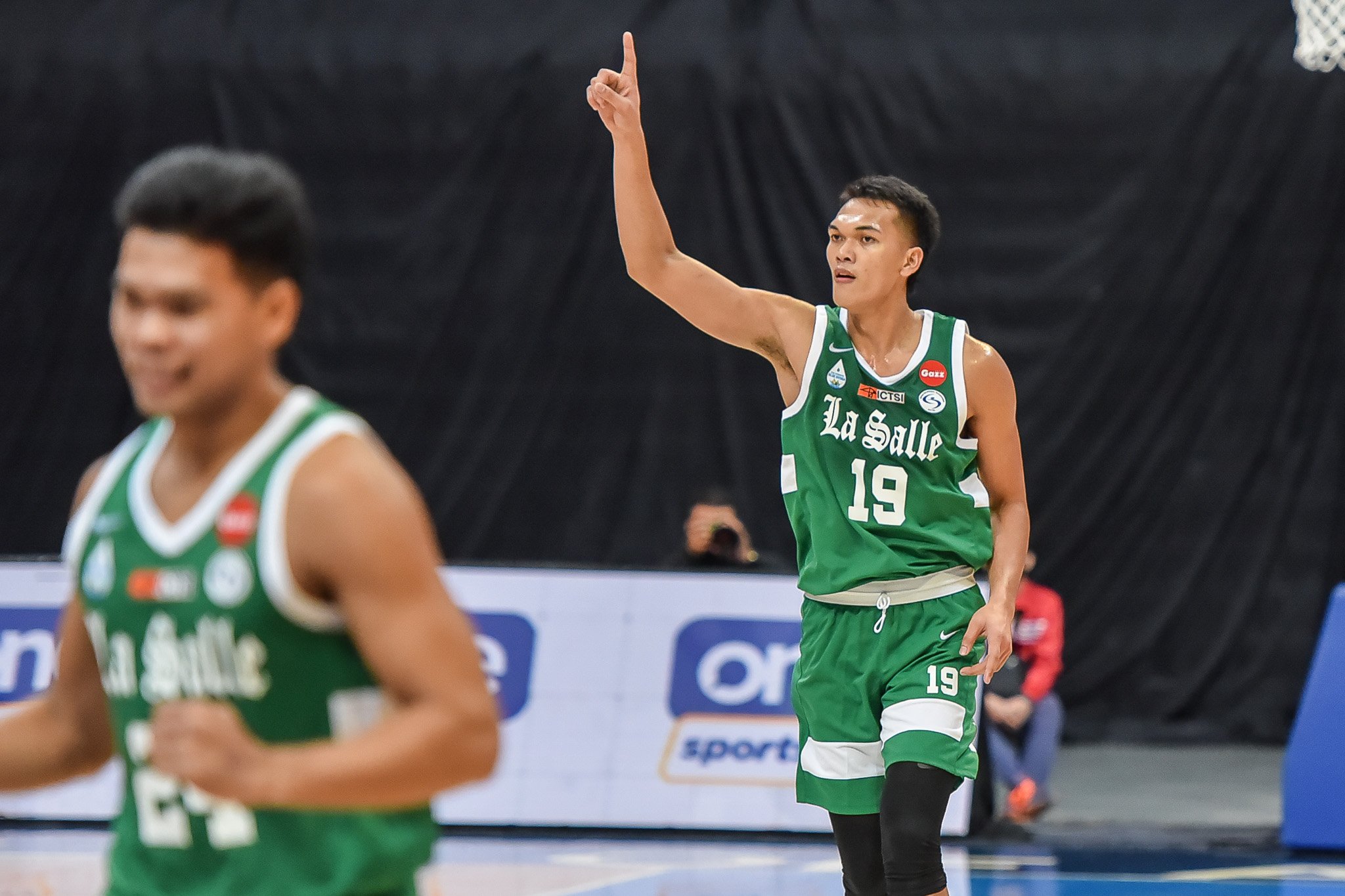 MANILA, Philippines – Justin Baltazar is keen to showcase everything he has learned from his Glass Pilipinus career under coach Tab Baldwin as he battles rivals Atenio in the UAAP Season 84 men’s basketball tournament at the Mall of Asia Arena on Saturday in La Salle.

Baltazar is set to face his former national team coach Baldwin and former teammates Angie Kaume, SJ Belenzel and Dave Ildefenso as the Green Archers set their unbeaten 3-0 record against the three-time defending champions, who won their first. Three matches of the season.

The 6-foot-7 center said after setting 20 points and 11 rebounds in La Salle’s 75-65 win against Far Eastern University on Thursday, “I will apply what I have learned from them to our game.”

Baltazar, who was one of the cadets in Giles’ successful performance at the 2021 FIBA ​​Asia Cup qualifiers in June last year and the Belgrade Olympic qualifiers in July, pledged his best to lead La Salle against Baldwin. The program that contributed to his development as one of the league’s top big men.

“We have to do our best. It’s a different story. They’re no longer my Glass teammates. It’s a school pride fight here at UAAP,” said Slotman, a graduate.

“We will stick to the coach’s game plan, prepare hard and improve on what we have done in our past games,” he added.

For Kouame, the Blue Eagles are going to use their match against the Green Archers as in any of their previous games, where they have extended their winning streak to 29 straight matches starting in October 2018.

“We look at every game the same way, we respect our opponents and we play well as a team,” said Atenio Center. “Coming to the next game, it will be the same mentality and we will try to cover up the mistakes as much as possible and learn from it and move on.”