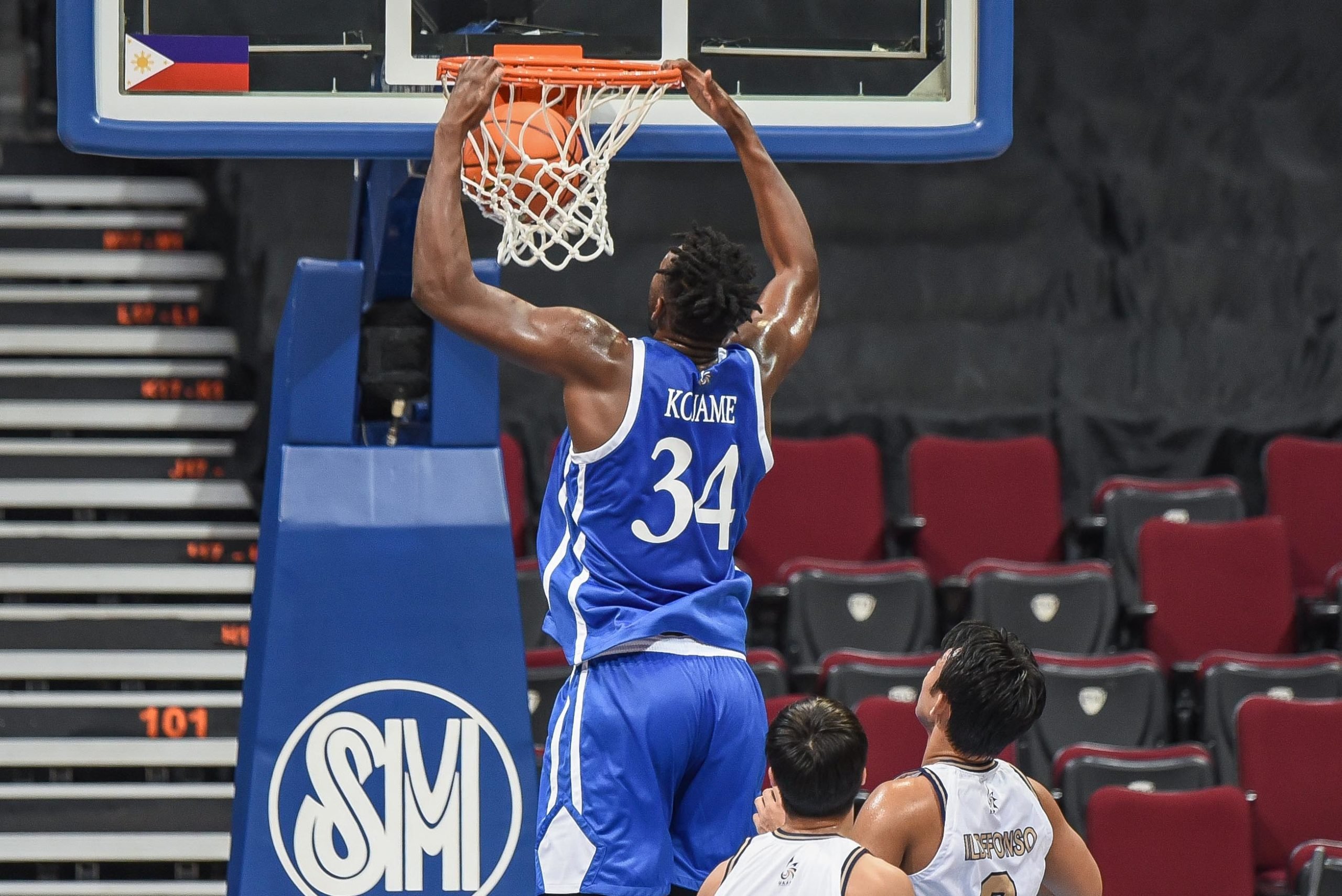 In the Mall of Asia Arena, UAAP blocked the ball in the 84th Men’s Basketball Tournament against National University at Atenio’s Anje Kaum. Photo from UAAP

MANILA, Philippines — Atenio went wire-to-wire against National University, securing a 74-64 victory for the fifth consecutive victory in the UAAP men’s basketball tournament at the Mall of Asia Arena on Tuesday.

The Blue Eagles, who have not lost since October 2018, are now on a 31-game winning streak in their hunt for a fourth consecutive crown.

Angie Cowme posted a triple-double with about 12 points, 10 rebounds and eight blocks and added two steels as she anchored Atenio’s defense.

Eldefenso had nine points from 60 per cent shooting in the first half as Atenio took an 11-point lead before taking a 41-33 cushion break at the break.

The Eagles got off to a strong start because the Bulldogs needed a lot of help from the bench to stay in the game.

Ryland Torres led NU with 14 points, with John Lloyd adding 12 and 10 for Clemente and Ernest Fekisilda the Bulldogs-all three of them off the bench.

Both teams fought from the fence in the first two terms, with Atenio making 4-of-18 shots there, despite having a 50 percent clip of Ildefenso from outside the arc. NU was only slightly better at 3-of-13.

Both teams had very few chances in transition, with NU scoring four points in quick breaks and Atenio Costing in just two.