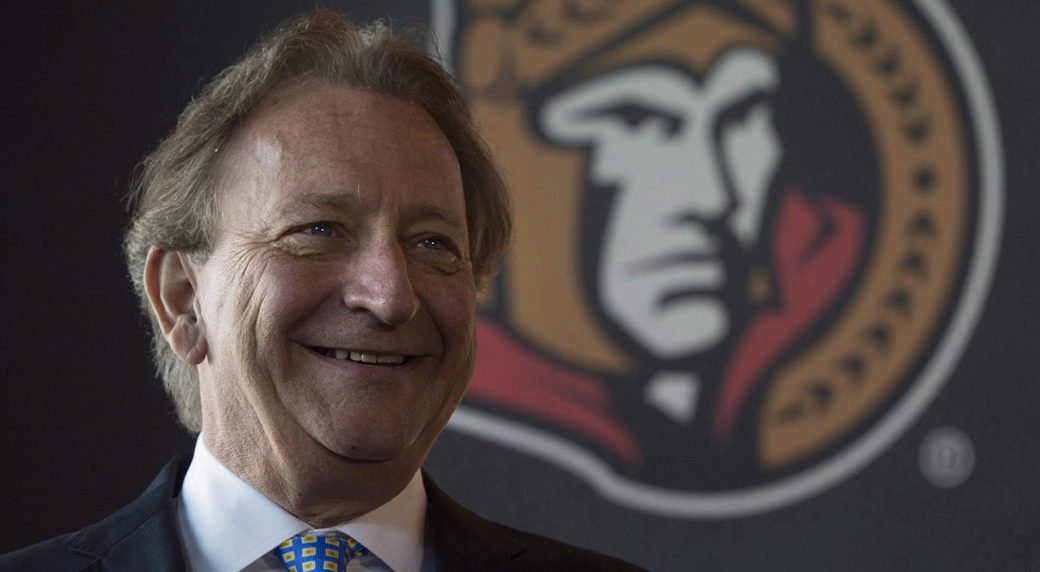 In the wake of Eugene Melanick’s death on Monday, Ottawa senators will wear a jersey patch in honor of their late owner for the remainder of the season.

The senators will begin the “EM” patch game against the Red Wings in Detroit on Friday, with 16 games remaining this season.

As owner of senators, Melanick’s nearly two-decade run has covered the full spectrum of highs, lows and controversy. He purchased the franchise, then known as the Corel Center, later renamed the Canadian Tire Center. During that time and in the intervening years, he was credited with saving the franchise, which was in turmoil and facing bankruptcy.

Owned by Melnick, the senators played in the 2007 Stanley Cup Final, a high-profile event for the organization, and reached the conference final in 2017.

Shortly after the senators announced his death, Senators Captain Brady Takachuk and Assistant Captain Thomas Chabot went on Twitter to pay their respects.

Tkachuk wrote on Twitter, “Mr Melnick gave me, my teammates and many Sense players who came before us the opportunity to fulfill our dreams.” “The Ottawa community will miss you so much. Condolences to your family.”

“It’s a pity I learned of Mr. Melnick’s death.” Chabot wrote. “I would like to express my deepest condolences to his family and loved ones. My thoughts are with you during this difficult time.”

Ottawa’s first game at the Canadian Tire Center since Melonick’s death will also be played Sunday against Detroit.