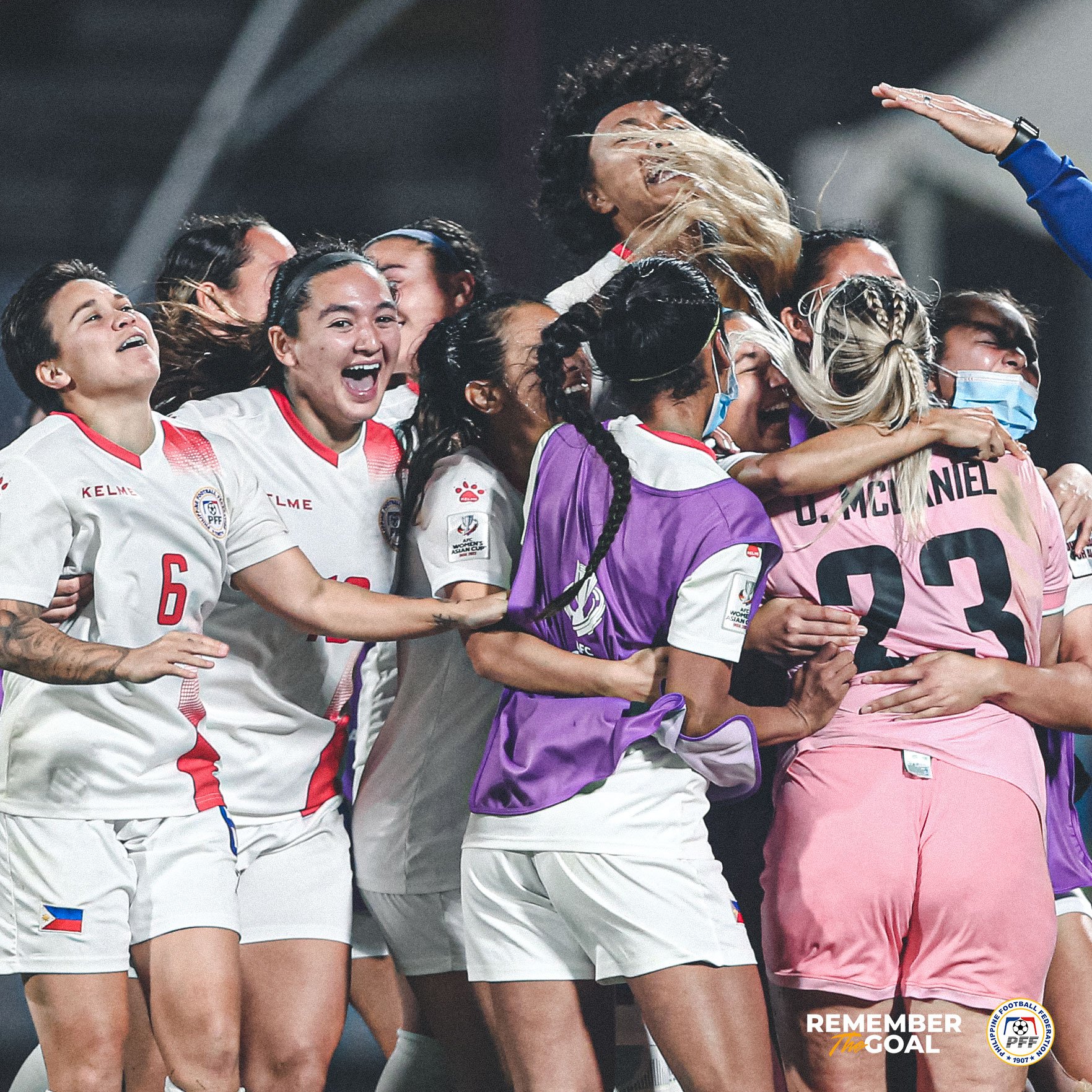 The Philippine women’s soccer team celebrated a victory over Chinese Taipei, which sent the country to the World Cup for the first time. PFF photo

MANILA, Philippines – The Philippine women’s soccer team will be called “Philippines” as it begins its formation for the 2023 FIFA Women’s World Cup.

The Philippine Football Federation (PFF) has announced that the women’s national team will be named “Philippines” in the upcoming tournaments in Australia and New Zealand.

“It’s (Philippines”) simple and nationalistic. Our athletes are Filipinos. They are strong-willed, determined, passionate and driven to represent the country, not just themselves, “said team manager Jefferson Cheng.

“We believe that Filipino football fans will understand and support this decision.”

Cheng added that all relevant teams have acknowledged that it is not appropriate for them to continue using the former Monica, Malditus, as they are about to make their historic World Cup debut.

The Filipinos, who climbed to their highest ranking of 54 last Friday after reaching the AFC Asian Cup World Cup berth in India for the first time in the semifinals, arrived in Australia on Wednesday to contact coach Allen Stazzic. And its staff for the FIFA window in the first week of April.

The Philippines is scheduled to play a few international friendly matches against Fiji on April 7 and 11 in Sydney. The Filipinos will stay at the training camp in Sydney, where Stagsik is located, until the beginning of May, before heading to Hanoi, Vietnam for the 31st Southeast Asian Games.

“It’s very important that the team has as much time as possible to prepare,” said Cheng, who has been the manager and sponsor of the Philippines since 2018. Upcoming tournament. “

PFF officials are leaving no stone unturned to ensure that Filipinos continue to make history with Cheng’s continued support.

“Together with our team manager Jefferson Cheng, the PFF is here to make sure the team is as ready and fit as possible in every competition,” said PFF President Mariano Aranetta. “We look forward to seeing the Filipinos return to action this April in preparation for the SEA Games.”

“When our Filipinos qualified for the FIFA Women’s World Cup, the dream of every football fan in the country was realized,” added PFF General Secretary Atti. Edwin Gastanes. “They will always have our full support.”