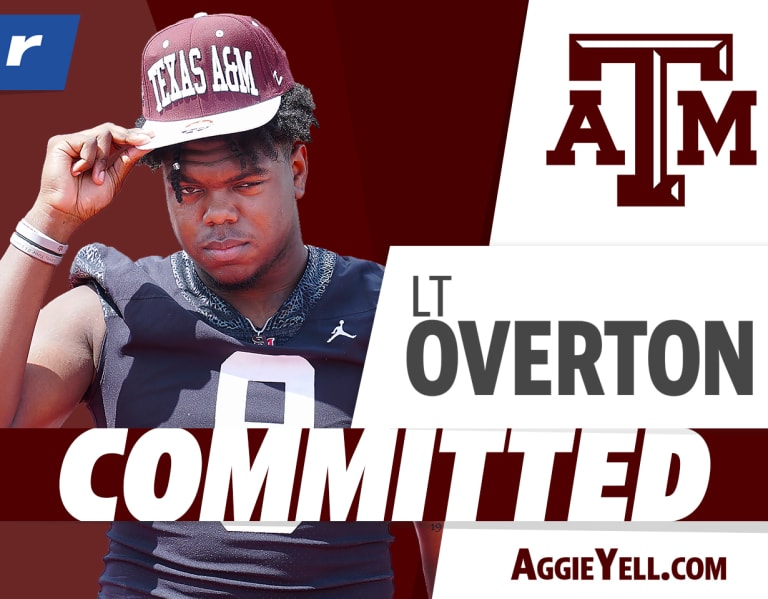 When Signing Day ends in February, Texas A&M leaves with the No. 1 overall class in the country and the best classes of the modern recruitment era. But as it turns out, Aggies didn’t. On Friday, Jimbo Fisher and company added a late commitment from five-star Lebbeus “LT” Overton, the one-time No. 1 overall player in the 2023 class who was reclassified in the 2022 class earlier this year.

“I was born there so I came from there,” Overton said. “I’ve got family ties all around. It’s an amazing campus and there’s already a great culture.”

Fisher Overton took a hands-on approach to hiring, including building a promise-ceiling pitch during an official visit in March.

Although the official visit helped keep the Aggies at the top, he was actually on campus to see the Aggies defeat Alabama in the fall and it helped plant the seeds that the college station could be his future home.

“After playing Alabama, seeing those crowds and how they roar during the game, it really reminded me of that scene,” he said.

Overton nationally joined a 2022 class titled 5-star defensive lineman Walter Nolan and Schmeier Stewart, 2 and No. 30 overall. He said he looks forward to learning and competing from Stuart, Nolan and other members of the Agis Deep Defensive Line group.

“It’s going to be fun,” Overton said. “We should be one of the best defensive line groups in the country.”

Overton will graduate from high school in May and will go to college station soon after.