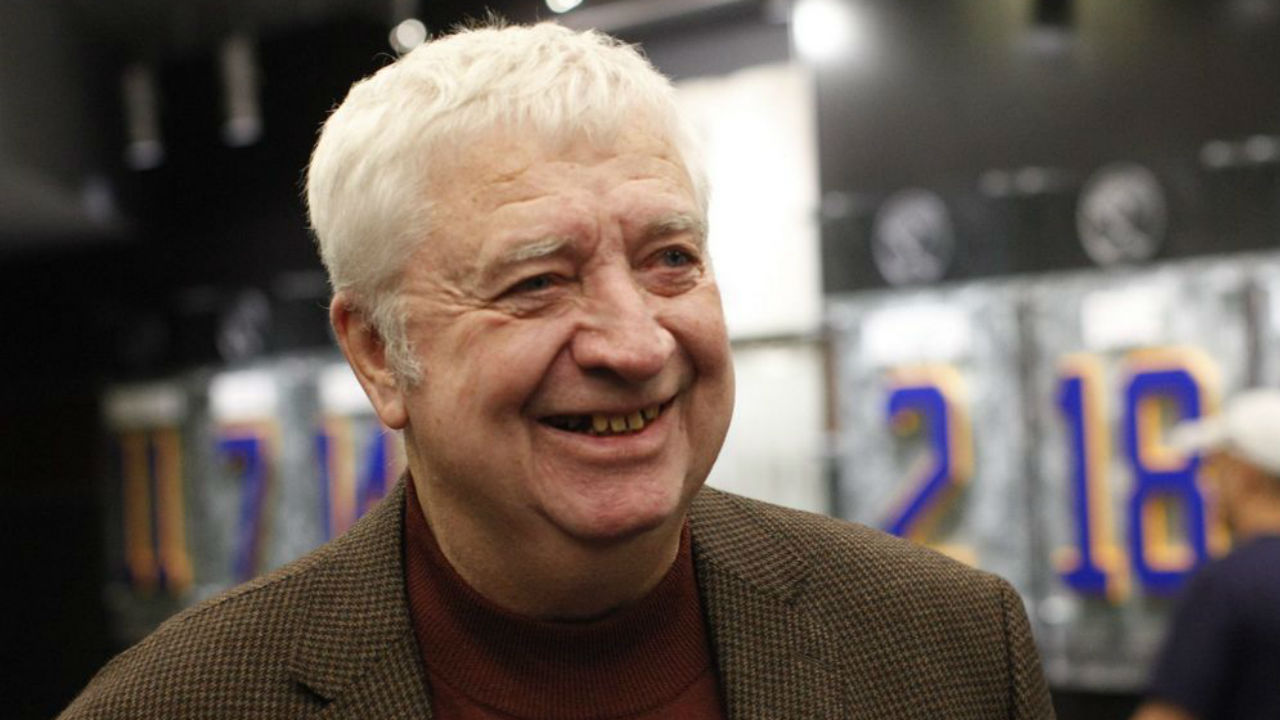 BUFFALO, NY – Broadcaster Rick Generat, who was responsible for calling the most iconic moments of the Buffalo Sabers by the team’s biggest stars in the last 51 years, is now joining them on the rafters.

With the first sold out crowd of the season, “RJ! RJ! RJ!” A banner with the slogan was hoisted at the Keybank Center on Friday night in honor of Generate, and hung immediately next to former starting goalkeeper Dominic Hasak. It was raised by the 10th banner Sabers, Generat became the third non-player, joining the team’s founder, Brother Seymour, and Northroop Knox.

“I stood here 10 years ago after my induction into the Sabers Hall of Fame, and I remember saying that night, this is the only job I wanted. This is the only place I wanted to be,” said Generat. The event was held 15 minutes before the Sabers hosted the Nashville Predators “I meant every word that particular night ৷ and boy, what do I mean now?”

The 79-year-old, who is retiring later this season, ended his speech by drawing attention to his audience at Packed House and at home, referring to Neil Diamond’s song “Beautiful Words.”

“I’ll tell you how much I admire your beautiful words,” he said, referring to the roar of the crowd. “I have only three words: I love you.”

Generate has been a part of the Sabers broadcast on radio or TV since 1971-72, the second season of the franchise. He received the Foster Hewitt Memorial Award from the Hockey Hall of Fame in 2012, earning him the NHL’s highest broadcast honor.

Generat was introduced to team owner Terry Pegula, who lived in Pittsburgh but became a Sabers fan while listening to Generate on the radio in the 1970s.

“You’re a big part of why I became a fan of the Buffalo Sabers, and I will always remember,” said Pegula, who bought the team in 2011.

In a message broadcast on the video board, former sabers forward Derek Plant added: “When you think of Sabers, you think of Rick Generate.”

Although he was called the “Voice of the Sabers”, Generate suspended that title to the late Sabers broadcaster Ted Darling, who died in 1996. Generat did a play-by-play of Sabers on the radio before becoming Darling’s successor on TV.

He shouted “May Day! May Day!” The franchise is known for some memorable goals, starting with Brad winning the Boston four-game series sweep in the first round with a decisive goal in May 6-5 overtime. 1993 in the playoffs. This is Buffalo’s first playoff series win in 10 years.

His other notable calls include “La-la-la-la-Fontaine!” Which was scored by former Sabers captain Pat LaFontaine in the 1990s.

Generat naturally got a night off and will end the season with a call-up to the Sabers final on April 29 against Chicago.

To further honor Jeanneret, the Sabers wore an “RJ” patch to their jersey in the team’s home saleout since the 5-2 win over Toronto on February 16, 2020.

Fans have come up with patterns, one with a picture of Generat in the middle of the heart and the other with the words, “Thanks RJ, you’re a legend,” and “RJ, you’ve made me a Sabers fan.”

Jeanneret has his share of health fears. In December 2018, she collapsed in a broadcast booth due to an illness that led to her being taken to hospital.

In 2014, he was diagnosed with throat cancer but missed a few games in the 2014-15 season after receiving treatment. In 2016, he was fitted with a pacemaker due to his slow pace.

Due to his age and poor health, Generate reduced his schedule over the last six years and was confined to most home games.