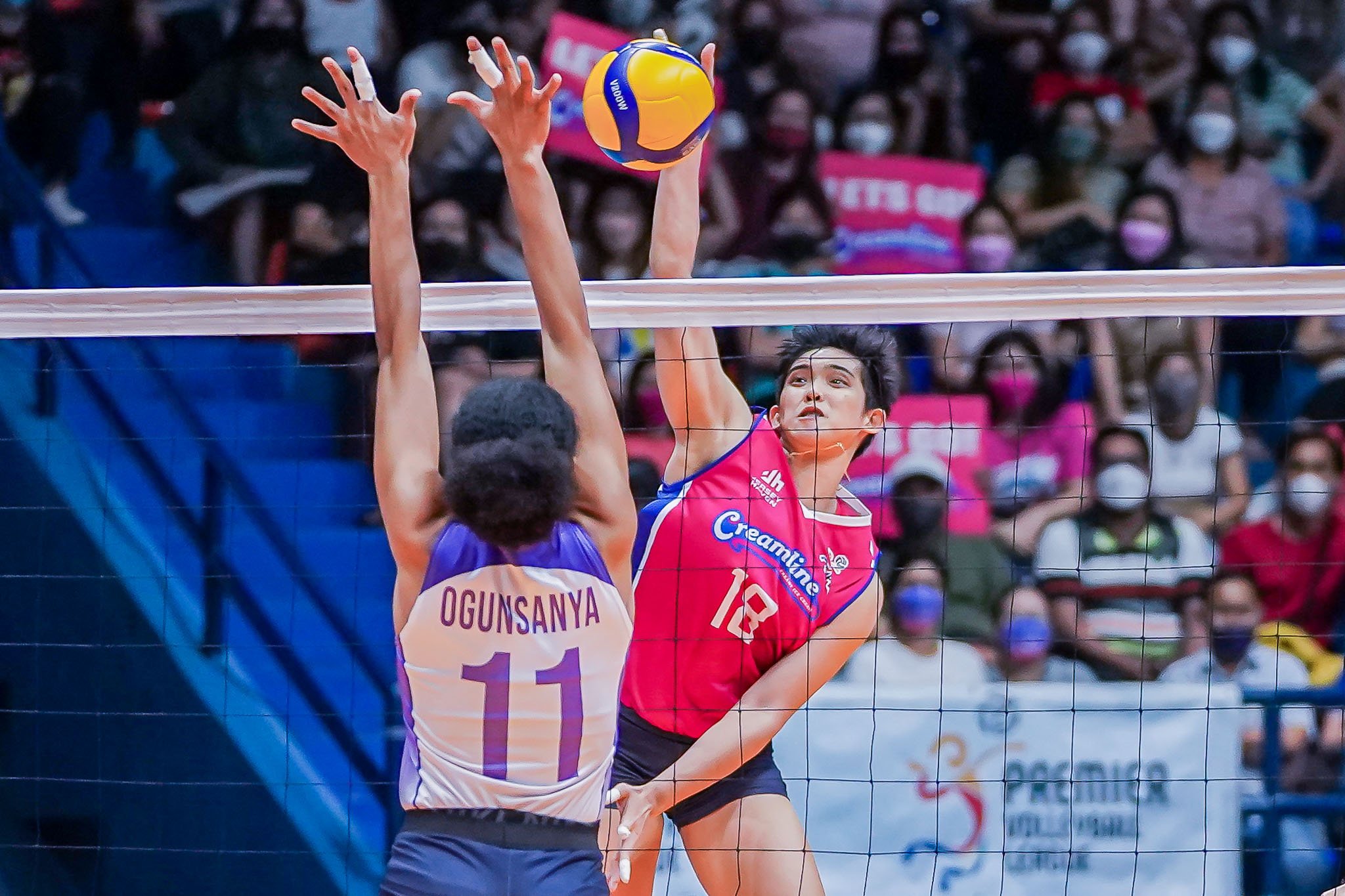 Tots Carlos of the Crimeline begins the attack. PVL photo

MANILA, Philippines – The Crimline takes a better look when power is high, with a slow, calibrated takedown employing Sister Tim Choco Mucho, 25-18, 17-25, 25-19, 25-11, to win just one win on Friday night. From the final game of the Premier Volleyball League Open Conference at Flying V Arena.

Zia Morado grounded the Cool Smashers to the deafening delight of the full crowd who wanted to see Game 1 among the three best semifinals among the league’s most popular clubs.

It helped Morado choose Alyssa Valdez, Tots Carlos and Jema Galanza, among others, to launch their attack. In the first set, the Cool Smashers defeated the Flying Titans 17-10 in the attack and gave the Aces a further lead, 3-1.

But in the second set the Cool Smashers had 11 errors and the Flying Titans fought back on the great floor defense of Denden Lazaro-Revila and Des Cheng.

Unfortunately for the young, exciting Chaco Mucho it failed to keep pace because star setter Dena Wang “Porciento” chose to play very early and often after his offense moved south.

Wong kept his cards, most of the time going in favor of top scorer Kat Tolentino, the Flying Titans telegraphed their fists to Cool Smashers defenders and left-wing spokespersons Cheng and Isa Mold in the cold.

The Cool Smashers could wrap up the series with a win in Game 2 on Sunday at the SM Mall in Asia Arena.

Carlos top-scored with 26 points, which weighed heavily on Valdez’s 17 points. Domingo added 11, where Panaga and Galanza finished with 10 points.

Tolentino is the only flying Titan with 13 points in double figures.