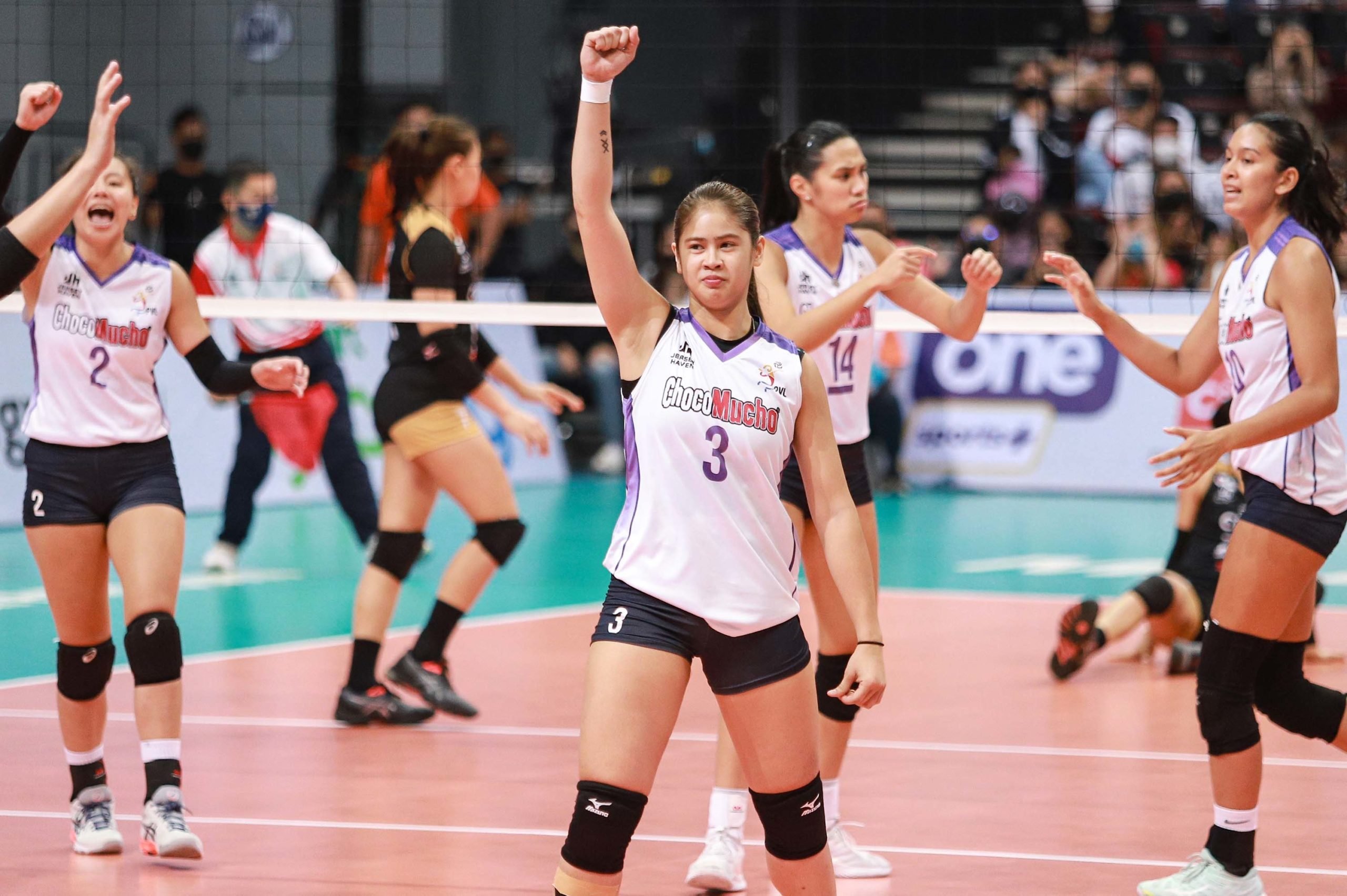 MANILA, Philippines – Diana Wong was keen to finish the bronze for Choco Mucho at the Premier Volleyball League Open Conference after she started licking their wounds after being knocked out of the semifinals.

After beating the Flying Titans 25-17, 25-21, 21-25, 25-22, the Flying Titans topped their first podium finish in the PVL with 30 great sets and four points at the top of 26 digs. Signal HD Spikers in Game 1 of the Battle-for-Third Series at the Mall of Asia Arena on Wednesday.

Atenio Standout said they had conceded defeat to the sister team, the Crimline, in their semifinals and advanced to a decent third place.

“We have to be able to win the mentality. We learned our lesson from not getting to the finals. Maybe this is not our time but we want to end (the conference) with a victory, ”Wong told reporters in the Filipino.

Led by Kat Talentino’s 23-point lead, Wong showed his patience in delivering plays to his spikers to resist the signal, which was a heroic fight despite the limited moves of Rachel Ann Daquis and Rhea Menezes.

“Being a leader on the court requires a lot of patience. I have to push my spikers to give them confidence, ”he said.

“I am just happy to be here, but I’m not happy about it. There is one more game and we want to get it. “

“I am blessed and so humble. As I always say, I don’t know what I did or who I got this amount of support from. I am really grateful to all of them because they support the whole team. I wish them well, ”he said.

Ong and Choco Mucho try to finish their podium at the Yanares Sports Arena in Antipolo on Friday.