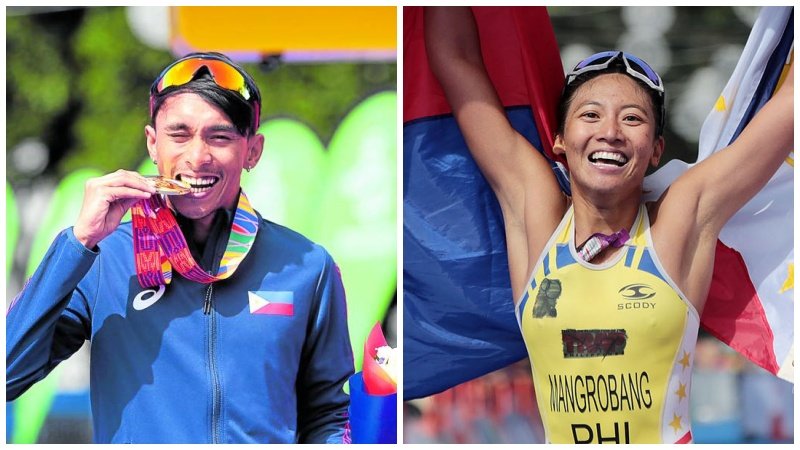 Manila, Philippines – John Chikano and Kim Mangrobang are the heavyweight favorites in the triathlon race at the 31st Southeast Asian Games in Hanoi, Vietnam.

Mangrobang, the gold medalist at the women’s SEA Games, and the 2019 men’s champion Chikano will head the country’s giants at the May 1 Subic International Triathlon (SUBIT), their last major hurdle before heading to the Vietnam Games to defend them. Title

They will be tested against 30 elite foreign triathletes from Australia, Japan, the United States, Poland, Hong Kong, Singapore, Taiwan, India and Azerbaijan under the banner of Ukrainian-born Olympian Rostislav Pevtsov.

Alcoseba and Remolino belong to the Philippine Triathlon Association, a new crop of young triathletes to maintain the country’s gold-medal streak at the SEA Games in Singapore since 2015.

For the 29th year, Subit is the longest running triathlon in the country, serving as assistant race director in the inaugural edition of the newly installed Subic Bay Metropolitan Authority Chairman and Administrator Rollen Paulino.

“I am proud to say that Subit is our SEA Games Champion, Asian Duathlon Gold Medalist and has made significant performances in both the 2014 Incheon and the 2018 Palembang Asian Games,” said Tom Karasco, President of TRAP.

Carasco, the first international-flavored triathlon event in the country since the epidemic began, said Subit Chikano and Mangrobang, as well as their teammates, played a big role in regaining triathlon races at the SEA Games for the fourth time. Serial version.

According to Carasco, Subit is an important element of the trap recruitment process where the likes of young standout Jean Hart Cuambao, Erica Burgos, Matthew Hermosa and the famous Lipura twins have been found.