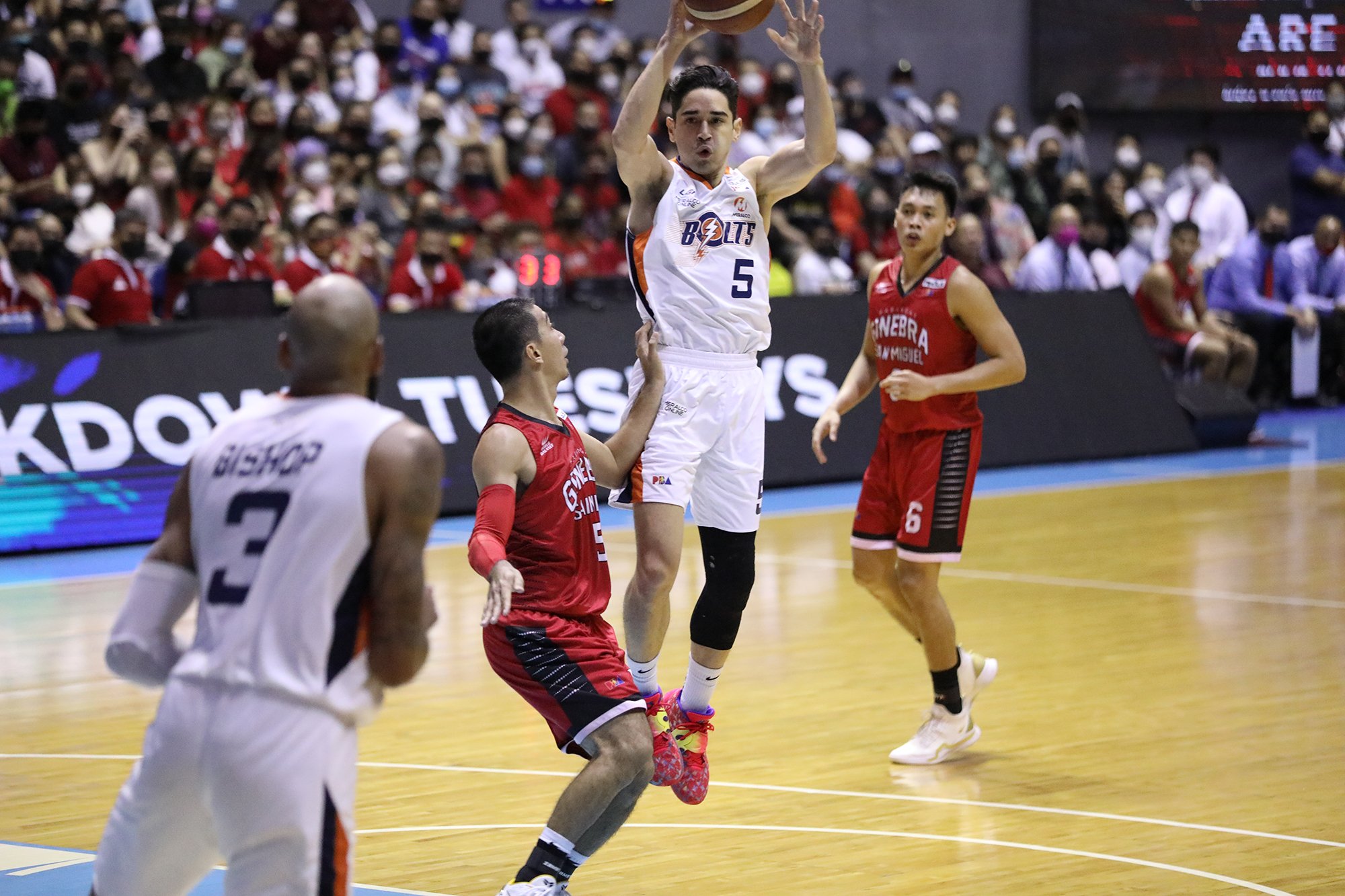 MANILA, Philippines – Chris Banchero played for about 15 minutes in the opening match of the Meralco series against Barangay Ginebra on Wednesday night, deciding to play before the series opener due to injury.

Although he finished with just two points, Banchero proved his undeniable presence at the Smart Araneta Coliseum with a 104-91 win through his six assists and four rebounds.

Such admirable performances led the Bolts in the plus-minus division, including the Filipino-Italian playmaker +14.

“Everyone has been injured here and there, but this is the final,” he told reporters on his way out of the Big Dome.

Banchero said there was not much to talk about his physical pain, because “everyone has concussions and bruises.” Importantly, he added, he is ready to watch this race-to-four series.

A mid-conference acquisition from Free Agency, Banchero is providing Meralco stability in playmaking and providing Norman Black with better rotation for its staff.

“He hasn’t practiced for about three weeks yet, so it’s amazing that he can go out without practice time and still play that way,” said Meralco’s mentor.

And Banchero seems to be primed. After all, this is the final episode for both teams and the biggest prize is at stake.

“It simply came to our notice then. We have to be there more physically than mentally, so I want to go, ”he said.