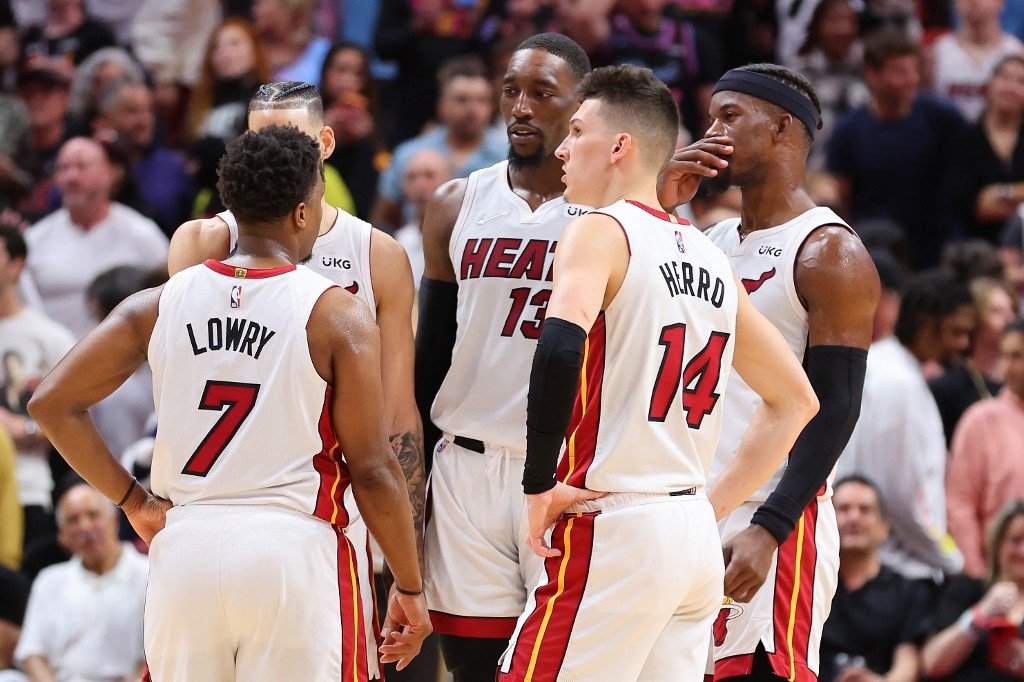 In the last two minutes, Tyler Hero’s 3-pointer and left Adebayo’s Dunk helped the Miami Heat to a fourth-quarter rally and beat the visiting Atlanta Hawks 113-109 on Friday.

Miami (53-28), who came into Friday’s matchup, has already earned the No. 1 seed in the pre-conference, but has not backed down in a competitive game that could lead to a first-round playoff preview.

The Hits and Hawks exchanged leads 17 times, had a tie nine times, and no more than seven points. Atlanta (42-39) Kevin Huerter scored two of his 15 points in the mid-range jumper to take a six-point lead with 5:18 remaining.

Huerter’s basket capped a 16-6 Hawks run in the first half of the fourth quarter.

Miami responded with their own 16-6 runs which put an end to the game. Adebayo scored six of his team’s highest 24 points on that stretch, with 27.9 seconds left to break the 109-109 tie.

Kyle Lori grew up in the decisive run, drawing a defender into the intrusion to free Adebayo. Lorio made a steal and scored his last 16 points by clock-beating a shot at the end of the game at 4:44.

Hero stretches down to score five of his 15 points, including a key pull-up 3-pointer to give Miami a 1:44 lead.

Tyler Hero is a BUCKET pic.twitter.com/SmYllXae3O

Hero has a game-high nine assist. Jimmy Butler scored 20 points and Gabe Vincent added 11 points in 16:43 action, including a 3-for-6 shooting from outside the 3-point arc.

Trey Young led all scorers with 35 points, but suffered a few serious mistakes below the stretch. He promised to have a little more than two minutes left on a wrong-time pass in his seven turnovers, and in the last minute the game was tied at 109, with a 3-pointer shot from one dribble from the dribble that failed to draw the rim.

Bogdan Bogdanovich scored 25 points off the bench and Clint Capella recorded a double-double of 17 points and 14 rebounds.