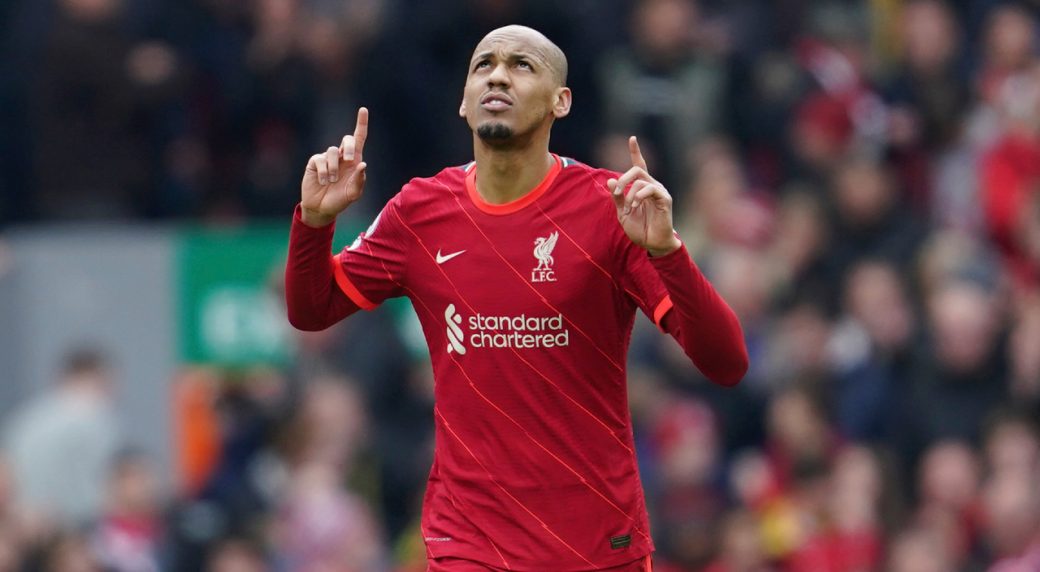 LIVERPOOL, England – Liverpool kept the heat on Manchester City in Saturday night’s Premier League title race by beating relegation-threatened Watford 2-0 on Saturday thanks to Diego Jotter’s 20th goal of the season in all competitions and Fabinho’s late penalty.

In the 22nd minute at Anfield, Joe Gomez looked at the header from the right-wing cross across the face of the six-yard box.

Jota earned a penalty for the second goal, when he bundled Juraj Cooker into a corner. Fabinho, who was a substitute in the second half, took the spot kick in the 89th minute by removing the usual penalty taker – Mohamed Salah.

It was the 10th consecutive win in the league for Liverpool, one point behind City from an international break that looked like a two-team shootout for the title.

City will play against Burnley later on Saturday.

With its players recently returning from playing important international matches around the world, Liverpool were occasionally lazy and missed great opportunities from halfway through third to last Watford.

The first came just seconds before Jota’s goal, with goalkeeper Alison knocking Kuka off after playing midfielder clean through.

The ball went straight into the hands of Liverpool and Gomez, starting right in front of Trent Alexander-Arnold in the back, curled into a pinpoint cross for the shoe, who went ahead of goalkeeper Ben Foster to find the net.

Joao Pedro squandered another big chance for Watford when the score was 1-0, the spectators again dragged a shot wide behind Liverpool’s defense.

It was the first busy April match for Liverpool, who will play City Away in the league next weekend. It comes in the second leg of the Champions League quarter-final against Benfica.

Liverpool have eight league games left and all of them will win a 20th league championship.