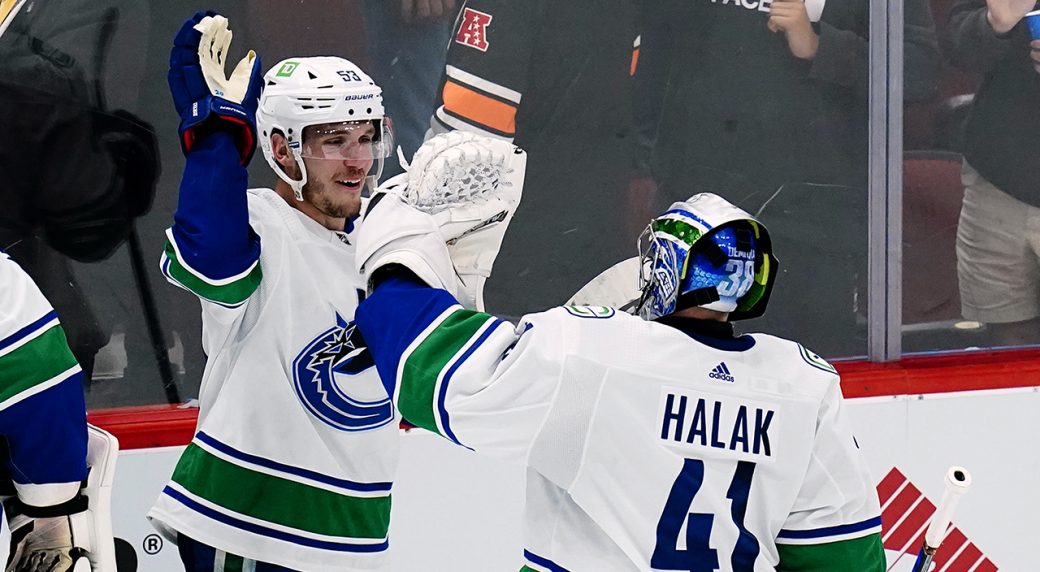 Glendale, Ariz. – Bo Harvat and Alex Chiasson each had two goals and one assist and the Vancouver Canucks continued the late play-off push with a 5-1 win over the Arizona Coyotes on Thursday night.

Elias Peterson scored one goal and two assists for the Canucks, who have won two of their last three straight matches and scored five points.

Canucks has 78 points for 10 games in the second wild card at the Western Conference, six behind Dallas. Las Vegas has 72 points. The Stars have two games on their hands.

Nick Schmaltz has scored the 22nd highest goal of his career for the Coyotes, who have lost nine of 11. Harry Sateri made 27 saves in his first game against Arizona and his 10th in the NHL, his first since February 9, 2018, while with Florida. He was acquitted in Toronto on March 21.

Chiason opened and closed scoring with power-play goals in the first and third periods, and Peterson took a feed from Chiason to score in an open net in a two-on-nine break for a 4-1 lead at 11:12. The second period.

Harvat has scored four goals in his last three matches and 13 in his last 16. Peterson scored two goals in Wednesday’s 5-1 win over Vegas and has 13 points from his last eight games.

Chiasson scored in a power play to give the Canucks a 1-0 lead in the third minute of the game, with a cross-ice pass from Peterson tipping to an open right. The Canucks have scored five power play goals in their last three games.

Harvat scored twice in the first 90 seconds of the second period, picked up the net behind the net and surpassed Sateri in just 52 seconds of the period. He scored a wrist shot from the left circle 38 seconds later after taking a nifty back-pass from Vasily Podcolgin.

Note: Canucks are on the road 26-13-8 and 15-6-3 since coach Bruce Boudreau replaced Travis Green on 5 December. Body) missed their 11th game. … Coyotes F. Lawson Cruz, the team’s third with 20 goals, missed his fifth game in a row. … Vancouver, which won the first two games of the season, scored 203 goals for and 203 against. The teams met in Arizona for the first time since February 28, 2019.