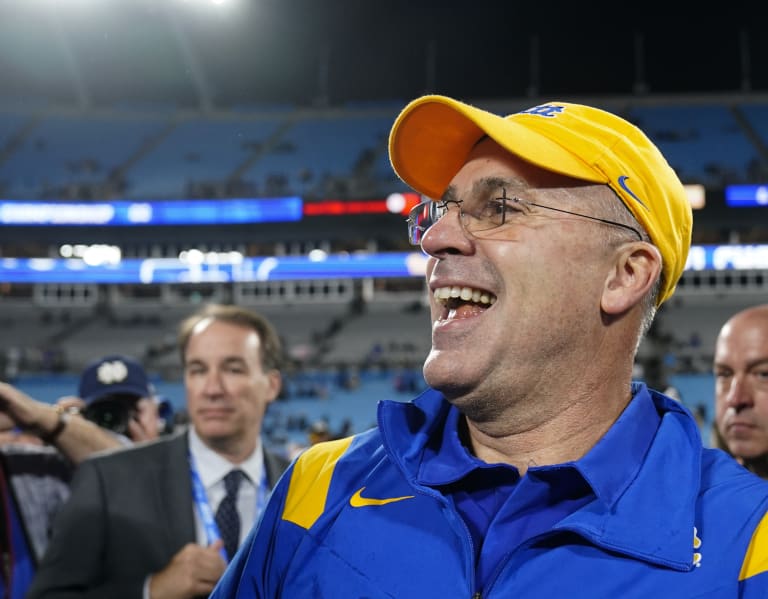 Today’s fact or fiction national columnist Dr. Mike Farrell College looks at the three big recent issues of football and decides whether each statement is actually true or it is fiction.

More facts or fiction: Georgia forward for Jamal Jarrett CJ Stroud will be the first pick in the 2023 NFL draft

1. Pat Narduzzi’s contract should have been extended

Acceptance of Farrell: FACT. Pete fans have a funny relationship with Narduzi, who has just signed a long-term contract extension. The 55-year-old coach has won two division titles at ACC in the last four years. Fans hate her until they love her – and then hate her again. And it makes no sense. With these two title-game appearances at Pitt, he is 53-37 overall and 36-22 at conference. And before that the main coaching job at Pete was an ongoing joke, with Todd Graham And Paul Christ Both have left their jobs for less than two years for green pastures.

Pitt has had some disappointing defeats but the Panthers have also had some huge wins (remember the 43-42 win over No. 2 Clemson in 2016), and expectations always have to be tempered a bit, even up-and-down ACC.

To me, Narduzji has proved that he is that man.

Acceptance of Farrell: FICTION. Gundi has just received a boost of about $ 7.5 million a year, making him the highest paid Big 12 coach, and that’s understandable. Why? Gundy is an amazing 149-69 in the state of Oklahoma and 91-56 in the Big 12.

In 17 seasons he had seven seasons of 10 or more wins and he has finished in the top 15 of the country five times. He hasn’t won a big one – and he only has one Big 12 title – but he’s amazing going against big programs like Texas and Oklahoma. And now his salary reflects that.

Share your thoughts with Oklahoma State fans at OSTATEILUSTRATED.COM

3. Ohio State Wide Receiver is not included in the top five of this NFL Draft.

Acceptance of Farrell: FICTION. Why am I asking this about Garrett Wilson and Chris Olav? Because NBC sports analyst Chris Sims, The former Texas quarterback, recently dropped its top five wide receivers and both OSU receivers off the list. And it’s ridiculous. The Sims have Alabama’s Jameson Williams as their top wideout, followed by North Dakota’s Christian Watson, Cincinnati’s Alec Pierce, Arkansas’ Treylon Barks and USC’s Drake London.

Sims could obviously have his own opinion, and I wouldn’t be disappointed if he left one of them. But both? They will both be selected in the first round, but that’s not the point. It’s not a projection, it’s its ranking, but I have to think it’s more for attention than common sense. Wilson and Olav are in their top five with every scout I’ve talked to. Everyone. Maybe Sims is trying to be an outlier, but it seems to be for shock quality.

Share your thoughts with Ohio State fans at ScarletANDGRAYREPORT.COM