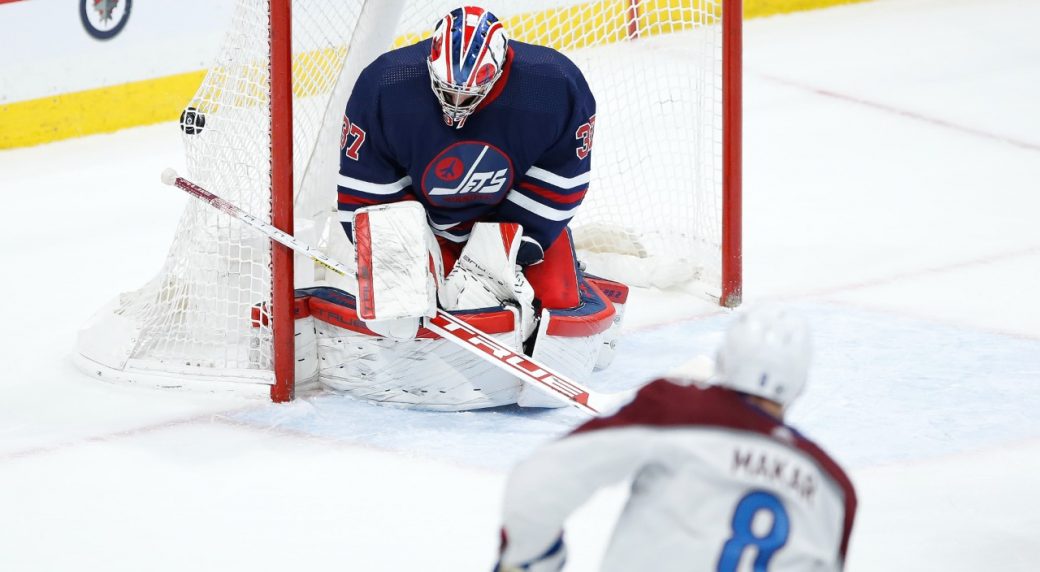 Winnipeg – Cal Makar scored 2:42 in overtime in a power play to give league-leading Colorado Avalanche a 5-4 victory over struggling Winnipeg Jets on Friday.

Pavel Francois stopped 39 shots for Colorado (51-14-6), 9-1-1 in his last 11 games and ended a three-game road trip to Edmonton on Saturday against the Waylers.

Mark Sheifelle and Nicolas Ehlers both scored twice and added one apiece for Winnipeg (33-29-10), which is unbeaten in four games (0-3-1).

With 3:35 left in the third period, Sheifel’s second goal made the score 4-3.

With 44 seconds left, Colorado forward Miko Rantanen took the penalty. The Jets dragged Helebuick for a two-man advantage and Ehlers sent the game into overtime with 16 seconds left.

The uproar did not last long when Ahler was called up to spend McKinnon an extra 45 seconds and the maker scored his 25th goal of the season.

Connor Hellebuyck made 32 saves in his 60th game of the season for the Jets, ending the three-game home stand with a 0-2-1 record.

The Jets are seven points behind the inactive Dallas Stars for a second wild-card spot at the Western Conference. Vegas and Vancouver are also in the mix and have not played.

Winnipeg captain Blake Wheeler (upper body) was without, who was injured in last Wednesday’s loss to Detroit.

The Jets led 2-1 after the first period and the Avalanche led 3-2 after the second period.

Colorado got a lucky bounce in his first goal. Aubrey-Kubel’s pass in front of the net hits Jets defender Brendan Dillon’s skate and goes into the net at 5:10 in the opening time.

Winnipeg then scored a penalty before tying the game with Sheffield’s 28th goal of the season.

Scheifele and Ehlers teamed up for a two-on-one at 10:32 as they passed Sheifelle to the side of the net in a short shot to Frank’s skate.

The Ehlers made it 2-1 after a failed breakout attempt by Avalanche. Scheifele got the puck and sent it to Ehler in front of the net, who poked his own rebound with 2:25 left of the period.

Burakovsky recorded his 20th goal of the season to tie up at 3:55 in the second half.

Franঙ্কois was kept busy in the middle, stopping Sheffield from coming to him alone, making a glove save on an explosion from Jets defender Neil Pioneer and denying Jets top-scorer Kyle Connor.

Avalanche forward Jetty Comfer got a penalty shot after being hooked by Dillon, but his backhand shot missed the net with 2:42 left.

Winnipeg got a power play, but Gunjan couldn’t tie it before the second episode ended.

The Jets failed to capitalize on another power play, but Sheffield scored at 3:35 left to delight fans and Ehler’s goal forced them to jump out of their seats.

Winnipeg traveled to Ottawa for Sunday’s game against the senators.