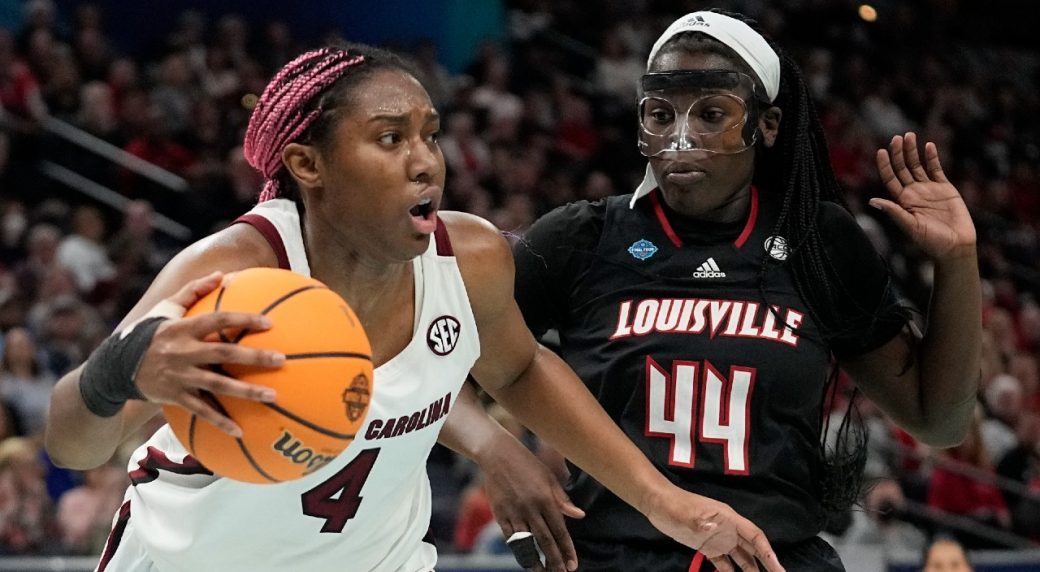 MINIAPOLIS – Standing near the top of the key, Louisville point guard Hailey Van Leith saw an opening in the South Carolina defense.

The Cardinals were nine trailing early in the fourth quarter on Friday night, and as everything else failed, Louisville’s top scorer and Spark Plug tried to do something.

Van Leith drives to his left hoping to make a clear path to the basket. But at one point, Bria Bill was on the scene. Taking advantage of his speed and six-inch height, the Gamecocks guard meets Van Leith on the free-throw line and hits him all the way up to the hoop.

Van Leith tossed an off-balance runner off the backboard and carom badly to the arm of Alia Boston of South Carolina, who started a fastbreak that ended with a layup on the other end of the bill.

That exchange typed most of the night for the Cardinals, who lost 72-59 in the NCAA Women’s Semifinals. Gamecox’s defense, one of the best in the country, proved too much for Louisville, who averaged 72.2 points per game this season but broke down due to South Carolina’s pressure and tough matchup.

Van Leith, who averaged 21.5 points in the first four games of the NCAA Tournament, finished with just nine points in 4-for-11 shooting for 4. A late 3-pointer was the only one of eight attempts the Cardinals made from outside the arc. And they had no answer from Boston, the best Associated Press player of the year, who finished with 23 points and 18 rebounds.

Louisville is not the only team stuck under the South Carolina crushing defense. Gamecocks defended their third season in the nation defensively, allowing just 50.5 points per game. They have stepped up their efforts in the NCAA Tournament, beating their opponents at record speed.

Their 79-21 win over Howard in the first round allowed the Gamecocks to gain just four points in their first half – an NCAA Tournament first / second round record, allowing 21 points overall in such a game.

South Carolina kept up the pressure in the second round, losing to Miami 49-33. The combined 54 points was the lowest allowed by a team in the first two rounds of the tournament, beating the previous record by 17 points.